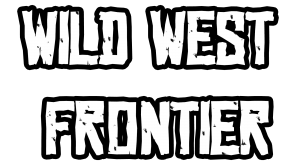 Since it’s such a common question, we have decided to make a page dedicated to becoming staff. Or at least, to understand the process behind it.

First off, staff on RetG is tightly knit. We only ever consider players who have been around for a decent amount of time, usually we only consider people who use Discord voice chat but we do make exceptions if the player is very active in text chat.

It is important to note that however fun “Staff” sounds, it is actually quite demanding and tiresome. Staff are usually unable to continue playing as regular players as they will spend a lot of time sorting out other people’s issues. They are constantly on the receiving end of abuse from some players and also receive a LOT of PMs on discord. Unlike most servers, we DO NOT believe that staff are to be treated as gods and that they have the power to ban you because they do not like you. We are all veteran minecraft players and the senior team have all been on the receiving end of staff abuse in the past; We have found the best way to deal with people is to give them some basic, simple rules and only give punishments to people who constantly or meaningfully break rules. Even then, punishments are generally light and rarely result in banning.

If you have been sent to this page or found it on the site with the intention of becoming staff, it is important to understand the following;

WE CURRENTLY DO NOT TAKE APPLICATIONS, ESPECIALLY FROM PLAYERS WE DO NOT KNOW; INSTEAD WE CHOOSE ACTIVE, LONG TERM PLAYERS WE THINK WOULD SUIT STAFF.

The staff roles are as follows;